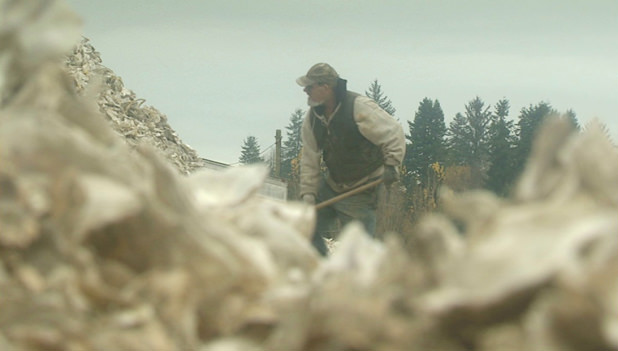 Be aware, those of you from Marennes, de St-Vaast, Étang de Thau, Quiberon, Auray or Cancales, there’s something you need to know: The center of the world for the most widely eaten bi-valve on the planet is not in Japan or Arcachon. No indeed. It’s South Bend, the self-proclaimed oyster capital of the world. On the West Coast of the United States, not far from the Pacific Ocean, the city of South Bend is located on the shores of the Willapa River, which flows into Willapa Bay. 500 times as big as the Gulf of Morbihan or the Basic of Arcachon, 670 times as big as the Etang de Thau, South Bend supplies no less than 1/6th of all oysters produced in the United States, about 4 million tonnes per year, a bonanza worth 70 million dollars. The Herrold family has lived there for generations. Today, the two brothers, Roy and John, run the oyster farm.